Description of the performance

Beatrix and Jenna were born in isolated European countries. They have the same amount of muscles and bones. They are movers, acrobatics, both comfortable with steam and water. Women of the Y-generation. Blonde and brunette. Nordic and Central-European. One’s ancestors lived under the Turkish empire, the other under the Swedish. One drinks pálinka and the other Koskenkorva. Almost sisters. Not quite.

The piece after its premier in Brussels and Budapest was selected in the Festival d’Avignon Sujets à Vif program in 2018 and in Aerowaves twenty19 Spring Forward Festival. Since then it was presented at many European dance houses such as Hessisches Staastballett Darmstadt, Oriente Occidente Festival Rovereto, Španski borci Ljubljana, Théâtre National Wallonie-Bruxelles and Théâtre Marni Bruxelles.

Beatrix Simkó is a Hungarian dancer, choreographer and media artist. In her works she engages the environments surrounding us via the expressive tools of the physical body. In the recent years she has worked in many international theatre and dance collaborations in Berlin, Stockholm, Bern, and Hamburg. Until 2020 she is selected artist of the Creative Crossroads Life Long Burning Program in partnership with Workshop Foundation.

From Ticket office at Cultural Centre Valve and Ticketmaster.fi. 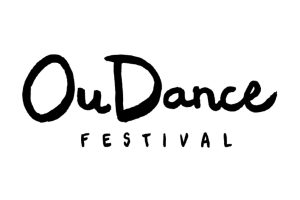 Please remember to follow the general safety and hygiene instructions for events:
– Don’t come to events when having symptoms
– Good hand hygiene is important: wash your hands or use hand tools
– Cough on your handkerchief or sleeve

Enjoy benefits by being JoJo’s member!

JoJo is a professional dance production center that offers dance art programme in its year-round repertoire. The program also includes a OuDance festival in the fall. In addition to the performances, JoJo has workshops open to everyone.

You can listen to the texts of the JoJo.fi website in Finnish by painting the desired text and pressing the play button that appears. Click here to the Finnish page.